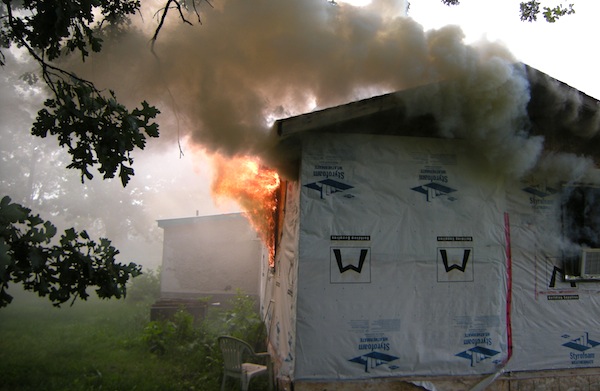 Flames shoot out of a home in the RM of Coldwell on Tuesday, July 31, 2012. (LUNDAR RCMP HANDOUT)

Three children and their 14-year-old babysitter escaped a burning home uninjured in the RM of Coldwell on Tuesday.

The blaze broke out at about 9:30 a.m., causing extensive damage to the home, which appeared to be undergoing exterior renovations.

RCMP say the quick action of the babysitter to evacuate the eight, nine and 10-year-old children and then call 911 prevented injuries.

A damage estimate isn’t yet available, but the home is considered a complete loss.