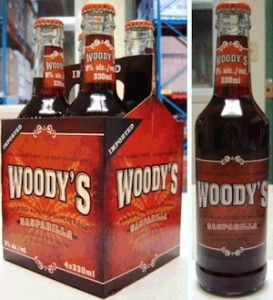 Woody’s Sasparilla original alcoholic beverages have been recalled by the MLCC. (CFIA)

Lot BB16/02/14 is being voluntarily recalled and the Canadian Food Inspection Agency has published a similar warning regarding glass.

There have not been any reported injuries associated with consuming Woody’s beverages, according to the MLCC.

Customers who purchased the product can return it to any Liquor Mart or vendor for a full refund.