Home » News » Short-Line Railway to Run Between Gimli and Selkirk

Short-Line Railway to Run Between Gimli and Selkirk 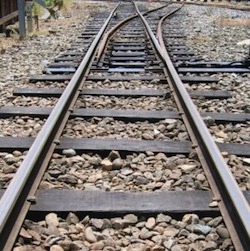 A new short-line freight railway between Gimli and Selkirk is being launched to carry grain and other goods to and from the communities.

The Lake Line Railroad (LLRR) on Thursday received $1.25 million in provincial funding for the railway, which is owned primarily by farmers in the Interlake.

“(The LLRR) business model focuses on community ownership and specialized services and makes the short line a permanent asset that can be utilized by farmers and other shippers in the Interlake,” said Infrastructure and Transportation Minister Steve Ashton.

The railroad purchased approximately 50 kilometres of rail line from Canadian Pacific Railway to operate its service.

LLRR is required to run the short-line railway for at least 10 years or repay the funds. The province also provided Lake Line Railroad with $20,000 in late 2010 to complete a feasibility study on the purchase of the rail line.