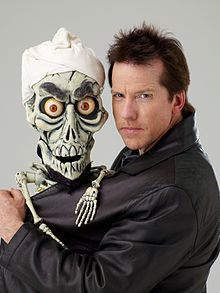 American ventriloquist and stand-up comedian Jeff Dunham is brining his talent to Winnipeg this fall.

Dunham will perform at MTS Centre on Wednesday, November 7 as part of his “Disorderly Conduct” worldwide tour.

The tour offers Dunham’s famed troupe of sidekicks, including Walter the Grumpy Retiree, Achmed the Dead Terrorist, the beer-fueled redneck Bubba J, the manic purple creature Peanut, the spicy pepper from south of the border José Jalapeño, and Peanut’s own ventriloquist dummy Little Jeff, a mini-version of the ringmaster himself.

Tickets for the show go on sale at Ticketmaster this Friday at 10 a.m. for $58.