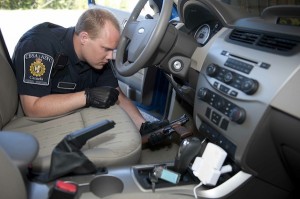 A 67-year-old Ontario man was sentenced in a Winnipeg courtroom to three years in prison for gun smuggling on Tuesday.

Dorion Larry Ozykowski was found with a prohibited 9mm handgun and a prohibited magazine clip, along with ammunition, while attempting to cross the border at the port of Sprague on December 20, 2011.

Ozykowski was on his way to Winnipeg at the time and denied having any firearms when asked by a CBSA agent. A secondary search of his vehicle was performed, where officers discovered the handgun.

Failure to declare goods, including firearms, and other Customs Act contraventions may lead to prosecution in a court of law, the CBSA warns.