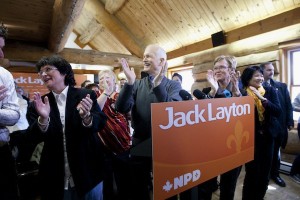 Volunteer extras are being sought for the production of “Smilin’ Jack: The Jack Layton Story.”

The biopic chronicling the life of the late NDP leader began production in Winnipeg last week.

The movie is looking for hundreds of extras to help recreate Jack Layton’s walk onto the stage of the Toronto Convention Centre where he greeted his supporters and celebrate the first time Canadians asked the NDP Party to be Canada’s official opposition.

The shoot will take place Tuesday, August 14 from 4-10 p.m. at the Centennial Concert Hall.

Extras must be 18 years of age and older and are asked to refrain from wearing jeans, colours including black, red and white.