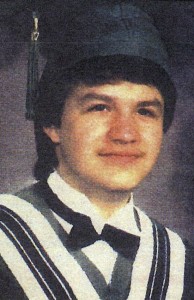 Manitoba RCMP have made a break in a suspicious death dating back 22 years.

On Friday, police released details of an investigation that began with the report of a missing 20-year-old Winnipeg man on June 24, 1989. Patrick Lawrence Rosner was reported missing by family members after last being seen by co-workers leaving Bristol Aerospace in Winnipeg the day before.

A farmer near Faulkner, Manitoba discovered a skull is his hay field on August 13, 1990 and an investigation was opened. Area searches turned up human remains and based on the science of the 1980s, police were led to believe they were that of a 25- to 40-year-old female.

The historical case unit reviewed the file in 2011 and exhumed the remains to conduct a forensic analysis. A DNA extraction was performed and determined the remains were of a male. On July 12, 2012, DNA results confirmed that the human remains found near Faulkner were of Rosner.

Investigators are treating the death as suspicious and ask anyone with information to call police at (204) 984-6447.