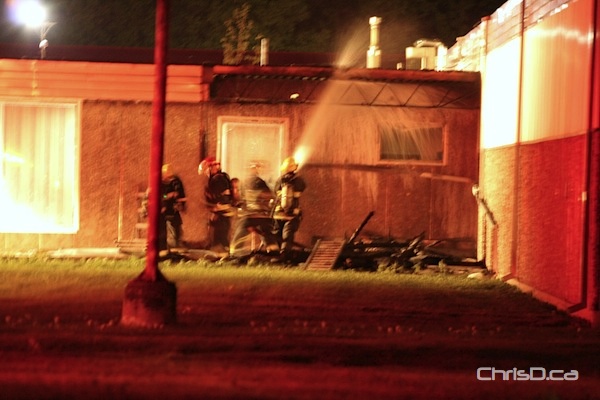 Damage is estimated at $50,000 after a fire late Monday night on Tyne Avenue.

Firefighters responded to King’s Electric Motors Ltd. at about 10:45 p.m. to put out the blaze, which began in a shed next to the building.

Heavy smoke could be seen billowing out of the shed, with fire later extending to the roof of the main structure.

A cause of the fire hasn’t been determined. There were no reported injuries.