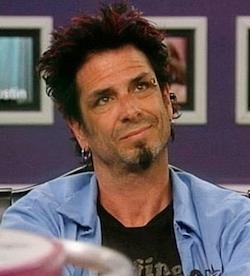 A former houseguest on the reality TV show “Big Brother” will be in the city on September 6.

Dick Donato, better known as “Evel Dick,” will be one of three former contestants to make an appearance during a launch party for a locally-made smartphone app.

MyTMC is an iPhone and Android app that helps users find coupons and deals for local and national businesses based on their geographic location.

The launch party at The Ranch Saloon on Pembina Highway is set for 7 p.m. and is being promoted as a free, invite-only event. Organizers are awarding 150 invites to fans of their Facebook page and through e-mail.

Porsche Briggs (Big Brother 13) will also be attending, along with a third mystery houseguest.

UPDATE: The third houseguest attending will be Janelle Pierzina.