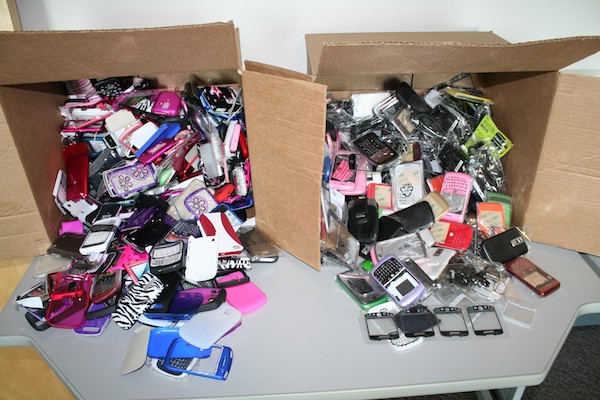 A large cache of counterfeit cell phone accessories and parts were seized from four Winnipeg retailers on Tuesday.

RCMP executed search warrants at cellular repair shops in the 500 and 600 block of Portage Avenue, the 500 block of St. Anne’s Road and a location at Kildonan Place Shopping Centre.

A value on the items seized is still being tallied, but RCMP say it exceeds $100,000.