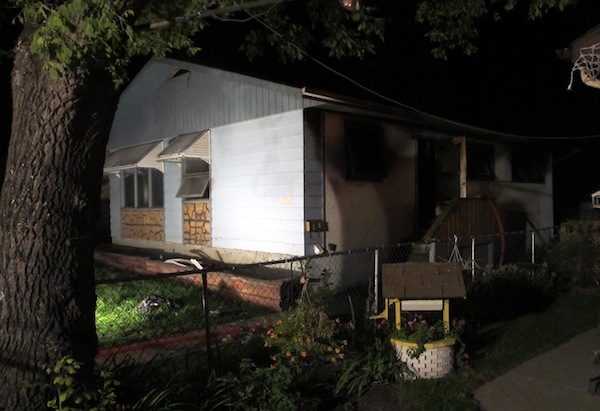 RCMP are investigating an arson after a home in the 200 block of Victoria Avenue in Portage la Prairie was damaged early Wednesday, August 15, 2012. (RCMP HANDOUT)

RCMP and the Manitoba Office of the Fire Commissioner are investigating after an apparent arson in Portage la Prairie.

Firefighters responded to a home in the 200 block of Victoria Avenue at about 1:30 a.m. Wednesday and contained the blaze.

Police say the home was vacant at the and no one was injured.

Damage is extensive, but an estimate isn’t yet available.