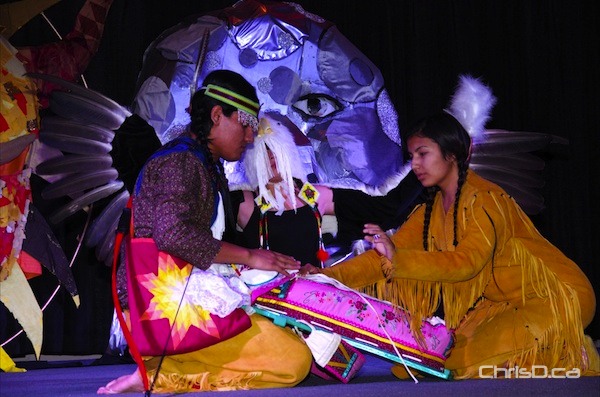 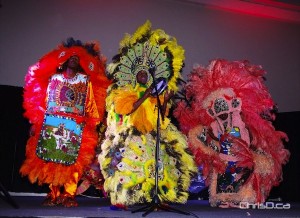 For the first time in its 43 year history, Folklorama is celebrating the Mardi Gras Indian culture with the Indigenous Mardi Gras Pavilion.

The Mardi Gras Indian tradition dates back to the 1880’s in New Orleans. It is a fusion of Native American and African culture which started when Native American families took in African slaves who often married into their tribes.

The brand new pavilion showcases the Mardi Gras Indian Show, an eye-popping spectacle featuring elaborate costumes and dance moves. Performers in the act have come all the way from New Orleans to take part in the event.

The show also features home grown talent with performers from the Aboriginal School of Dance and great story telling to educate the audience about North American Indigenous culture.

Buffy Handel, the founder of the Aboriginal School of Dance and coordinator of the pavilion, said this is not the “commercialized” version of Mardi Gras but a way to show pride in indigenous culture.

The pavilion is alcohol free and the all food is cooked by Native American chefs brought in from Denver, Colorado. The menu features jambalaya gumbo, fry bread and wojapi, a delicious dessert made with berries.