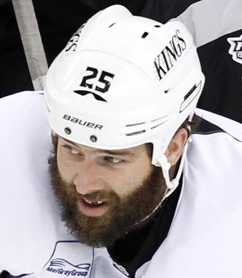 Penner will be in Winkler, Manitoba to show off the shiny piece of NHL hardware from 3:30 p.m. to 6 p.m. at the Southland Mall.

Fans will be able to get autographs signed and take a picture with the Cup.

Penner brought the Cup to Winkler in 2007 when he was part of the Anaheim Ducks organization.