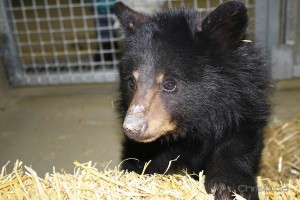 Black bears in the province are beginning to bulk up on food for hibernation, and the public is warned to practise safety in bear country.

Manitoba Conservation and Water Stewardship says people and businesses are encouraged to eliminate, seal or secure anything with a scent that may attract a bear. Garbage, bird feeders and fruit trees are the main reasons bears become habituated and eventually food-conditioned around people, which could lead to conflicts and become a safety issue for both people and bears.

Officials say taking steps to avoid running into a bear can also reduce situations with other wildlife such as coyotes, raccoons or skunks.

The province recommends bear spray as a deterrent, but warns it may attract bears if not used properly and sprayed on lawns or structures.

More tips on bear safety can be found at Manitoba.ca/blackbear.