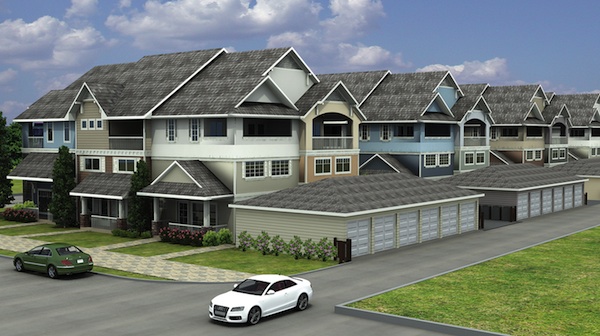 An artist’s rendering of the future Park City Condominiums in Transcona (PARKCITYCONDOS.CA)

Ground was broken on a new condominium project in Transcona on Friday, paving the way for a modern 72-unit development.

Mayor Sam Katz and representatives from A&S Construction Ltd. dug shovels into the ground at the corner of Pandora Avenue West and Madeline Street, which will be located on the site of the former Transcona City Hall.

Park City Condominiums will include 12 buildings with six units per building. Eighteen of the units are expected to be completed by early next year.

Net proceeds of the land purchased from the city by A&S will go towards the Transcona Centennial Square.