Local Celebs Duke It Out in Charity Boxing Match 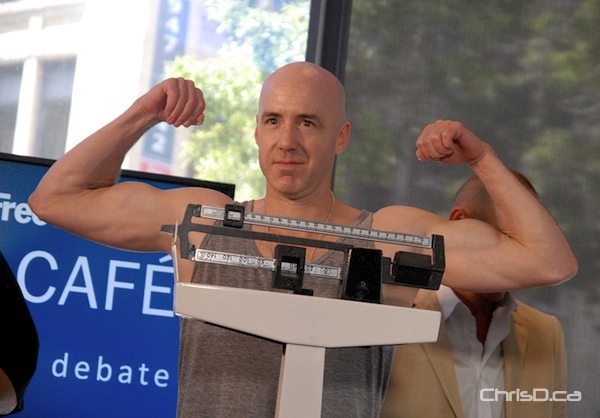 Hot 103’s Ace Burpee is weighed-in on Friday, August 17, 2012 in advance of the Take It Outside II charity boxing match on Saturday. (STAN MILOSEVIC / CHRISD.CA) 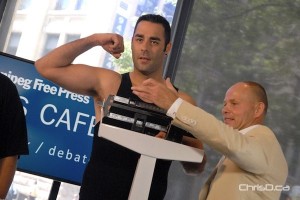 Usually the gloves come off for a fight, but Hot 103’s Ace Burpee and Lloyd the Internwill leave them on for a charity boxing match on Saturday.

The two morning show personalities are part of the main bout in the Take It Outside II celebrity boxing event being held at the Pan Am Boxing Club. CJOB’s Clay Young is also on the card. 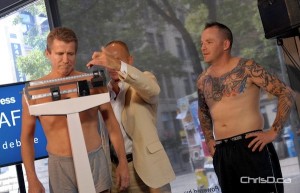 The matches begin at 6 p.m. outside on Arthur Street between Bannatyne and McDermot.

Proceeds from the matches will support Pan Am Place to provide at-risk youth a residence and fitness facility.

Updated at 3:30 p.m. with photos from the pre-fight weigh-in.