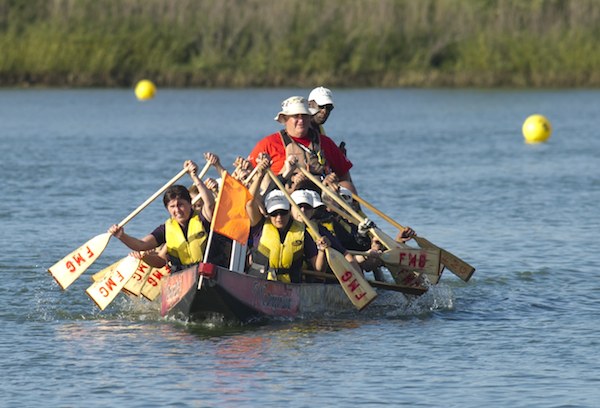 Twenty-three top City of Winnipeg officials will paddle for a good cause in the upcoming FMG Dragon Boat Festival.

A partnership between CancerCare Manitoba Foundation and the Children’s Hospital Foundation of Manitoba, the festival will be held September 7-9 on Lake Shirley, 365 Murdock Road.

“Pediatric cancer is a very important cause. A lot of people are touched by it, and we wanted to help in this small way. It’s nice to give back,” said Phil Sheegl, the city’s chief administrative officer. “This is one of those things I like to do as a CAO — it’s a great team-building exercise.”

The city crew got off to a late start with their fundraising efforts, but are confident they can make up for it. As of Tuesday, $1,310 had been raised. Plans are also in the works for a hotdog sale and inter-office muffin sale, Sheegl says.

All funds raised during the festival will benefit pediatric cancer programs, including clinical trials.