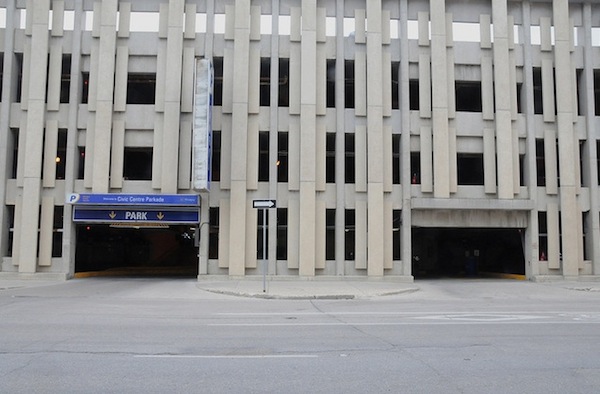 Concerns over structural integrity of the Civic Parkade on Princess Street has forced the City of Winnipeg to close the busy structure.

Late Friday, the city said findings by Croiser Kilgour & Partners Ltd. determined that the parkade at 171 Princess Street needed to be closed immediately until further notice.

James Avenue will also be closed between Princess Street and King Street in order to facilitate Winnipeg Police Service operations. Police will not be affected by the closure and park underground.

The Winnipeg Parking Authority will notify monthly parkers over the weekend that as of Monday, August 27, they will be redirected to the Millennium Library Parkade located at 251 Donald Street. Transit buses will shuttle monthly parkers to and from City Hall throughout the workday.