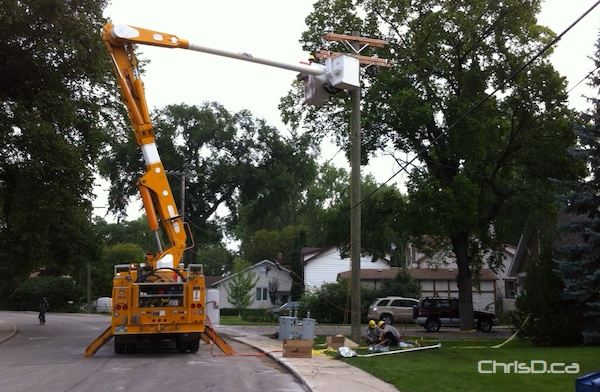 Two people were sent to hospital Thursday night after a car hit a hydro pole on Scotia Street.

The single-vehicle crash knocked out power to some residents in the area shortly before midnight.

The 19-year-old male driver of the vehicle is facing impaired driving charges. Both he and his passenger, also 19, are listed in stable condition.

The pole is expected to be repaired by this afternoon.

← Previous: Pedestrian Struck, Killed by Vehicle on Highway 6 Next: Woman Killed in Rollover Crash Near The Pas →
Tags: Accident