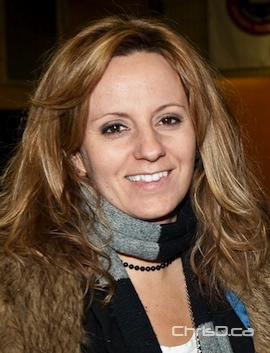 Winnipeg singer-songwriter Renée Lamoureux— of the band Keith and Renée — is about to release her first solo CD in September.

“It was back in early 2005 when I started thinking about recording a solo album,” Lamoureux said. “It was always something I wanted to do but I kept coming up with excuses not to do it. It seemed that once I started to really believe in myself, it all came together nicely.”

The album was put together after Lamoureux teamed up with Murray Pulver of Doc Walker to produce it, shortly after coming off tour in the summer of 2011.

“It was an awesome experience and I am so proud of the results. This is only the beginning and I look forward to what lies ahead.”

A CD release concert is set for Friday, September 14 at 8 p.m. at the Park Theatre, 698 Osborne Street. Tickets are $15 at the door, or $12 in advance at McNally Robinson Booksellers, Music Trader and TicketBreak.com.