Clara Hughes to Be Inducted into MB Sports Hall of Fame 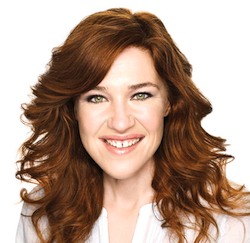 Olympian Clara Hughes is about to add yet another distinction to her name, as an inductee into the Manitoba Sports Hall of Fame.

The Winnipeg native will join the class of 2012 inductees on November 3, including five athletes, two builders and two teams as part of the 33rd annual induction ceremonies.

“Not only is Clara an exceptional athlete but also a tremendous role model for our province and deserves the highest honour we can bestow upon her,” said Jeff Hnatiuk, president and CEO of Sport Manitoba. “When she announced her retirement we felt that it was important to honour her unparalleled athletic career as quickly as we could.”

Hughes has won multiple Olympic medals in both cycling and speed skating.