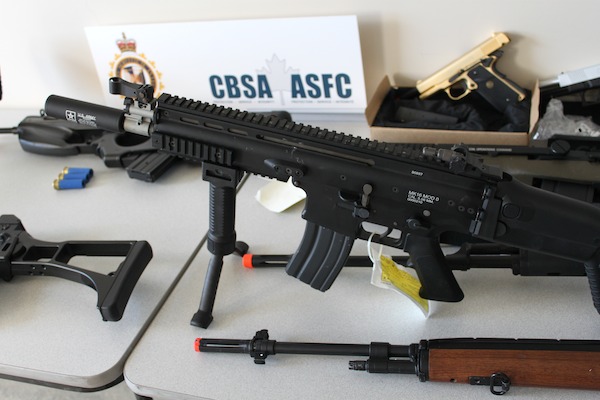 Replica airsoft guns seized from multiple shipments after being imported into Canada illegally. A Winnipeg man has been fined. (CBSA HANDOUT)

A Winnipeg man has been fined after importing replica firearms into Canada and then selling them locally.

The two-year long investigation by the CBSA resulted in a seizure of 18 shipments of airsoft replica firearms, along with items seized at a residence.

The CBSA says Ahmed ordered the replicas on the Internet from abroad.