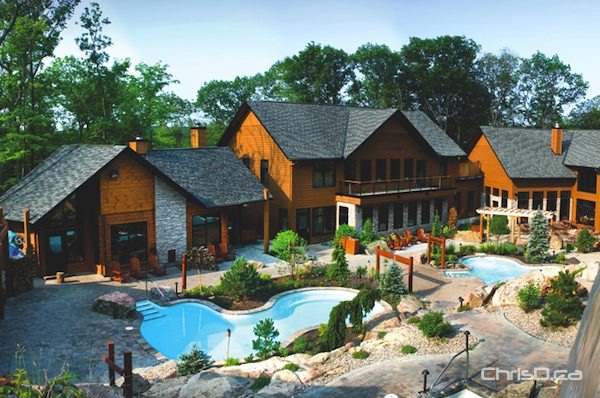 Shovels are in the ground to develop an upscale spa in south Winnipeg.

Developers have started construction on Nordik Spa-Nature on the Crescent Drive golf course. The project was formally announced last October and will be completed by spring 2013.

The Quebec-based company is investing $8.5 million in the spa — an additional $2 million than was previously planned.

“Building a spa is always a challenge itself, and we are confident that we have the best team to build our second Nordik Spa-Nature,” said Martin Paquette, president and owner of Nordik Spa-Nature.

Construction was slightly delayed because developers wanted to add several more items to the facility to enhance the visitor experience. Once open, between 50 and 85 jobs will be created in the community.

As the spa will be built on a public golf course, the City of Winnipeg is leasing the land to the spa.

Watch the original announcement from October 25, 2011: