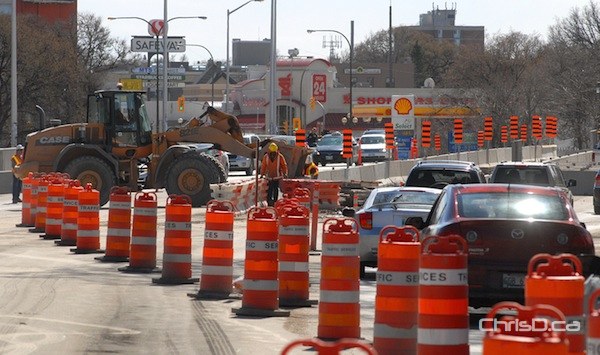 The rehabilitation of the Osborne Bridge is on time and on budget, the City of Winnipeg says.

The bridge is scheduled to be complete by late October. The rehabilitation will extend its life by up to 75 years with routine maintenance and periodic renewal.

← Previous: Splash Pad at The Forks to Close for the Season Next: Bisons Defeat Thunderbirds in Season Opener →
Tags: City of Winnipeg | Construction