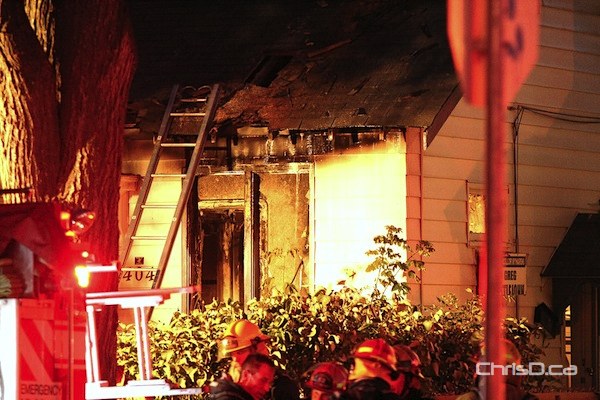 The blaze broke out Monday evening on the main floor of the home, later spreading to the rest of the structure and reaching the attic.

No one was injured in the fire and the house was vacant at the time.

Officials are investigating the cause, but have deemed it as being suspicious.