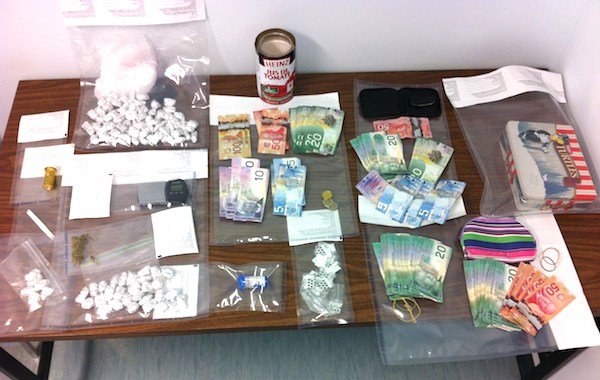 Items seized during a raid on a home in Norway House on Saturday, September 1, 2012. (RCMP HANDOUT)

RCMP in Norway House seized a large haul of drugs over the weekend after executing a search warrant at an area home.

Officers on Saturday seized 23 grams of cocaine, four ounces of marijuana and $3,100 in cash. The estimated street value of the drugs seized is $3,200.

All four were released and will appear in Norway House court on November 15.