Home » News » Manitoba MLAs to Receive a Salary Boost in 2014

Manitoba MLAs to Receive a Salary Boost in 2014 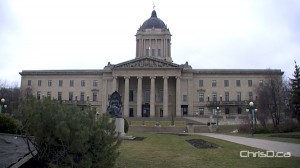 Manitoba’s MLAs will see a bump in their salaries, but not until 2014.

Michael Werier, the independent commissioner appointed to decide MLA salaries, allowances and retirement benefits, has put in place a salary freeze for MLAs and cabinet until April 2014. Werier has also reduced cabinet pay by an additional 20 percent, making Manitoba’s premier and cabinet ministers the lowest-paid in Canada.

“In making these salary determinations, I have been guided by fairness, reasonableness and equitable compensation,” Werier said in a statement.

These increases are the first pay raise in five years.