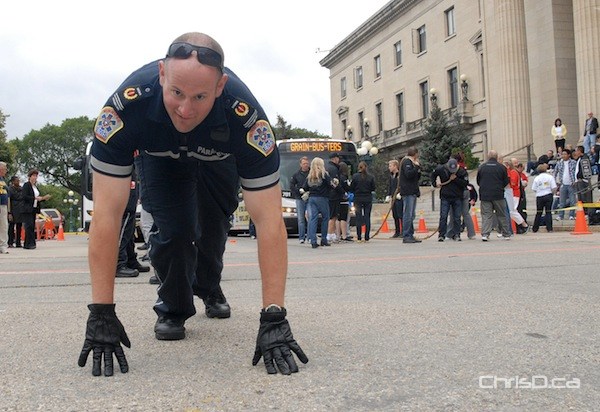 Government employees from the federal, provincial and civic level pulled together Friday in the United Way of Winnipeg’s annual Bus Pull.

A total of 41 teams competed to see who can pull a Winnipeg Transit bus the fastest. The best time? 11 seconds, but no records were broken this year.

The event heralds the kickoff of 2012 United Way workplace campaigns for all three levels of government, and is a lead up to the official city-wide kickoff on September 21.

The pull was held on the south side of the Manitoba Legislative Building.