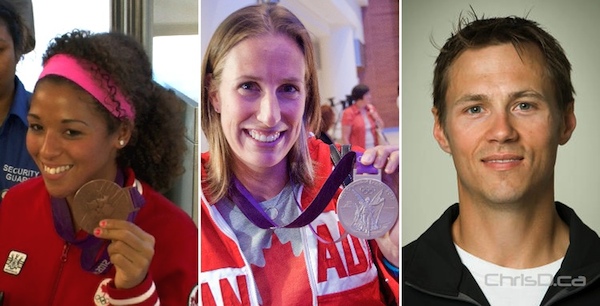 Three Winnipeg athletes who competed at the 2012 London Olympic Games will greet their local fans on Monday.

The Canadian Sport Centre Manitoba (CSCM) is hosting the event, being held in the mall’s centre court.

Scott was a pivotal part of Team Canada’s victory over France to win the bronze medal. She recently announced her return to the Manitoba Bison women’s soccer team as an assistant coach.