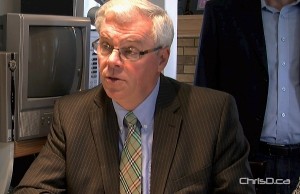 Lt.-Gov. Philip Lee and Manitoba Premier Greg Selinger departed on a ten-day trade mission to China on Sunday, where they will be joined by Manitoba business leaders and premiers from eight other provinces and territories.

“Manitoba’s exports to China have grown elevenfold in the last decade, from $79 million a decade ago to nearly a billion dollars today,” Selinger said in a release.

The mission will include stops in Beijing, Shanghai and Hong Kong, and representation at the World Economic Forum in Tianjin.