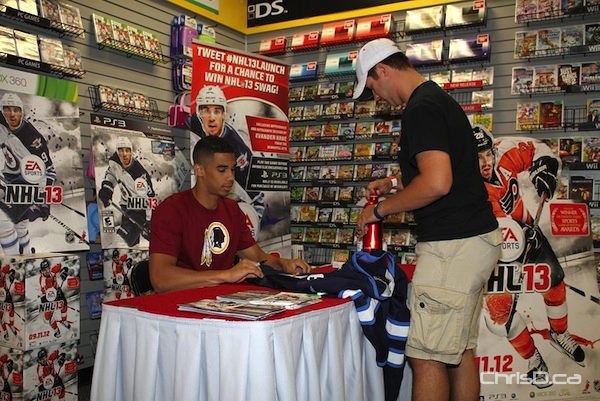 Winnipeg Jets’ left wing Evander Kane signs a jersey for a fan at EB Games on Regent Avenue, Monday, September 10, 2012. The restricted free agent made an appearance at the video game store to promote the release of the EA Sports NHL 13 game that came out at midnight. Fans lined up around the building to get a chance to meet the NHL player. (HOWARD WONG PHOTO)