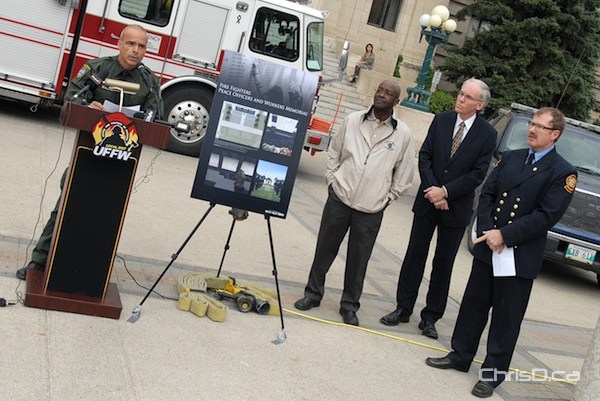 Robert Belanger, president of the Peace Officers Memorial Foundation, speaks during an announcement on Tuesday, September 11, 2012 to create a joint monument to honour three levels of workers. (STAN MILOSEVIC / CHRISD.CA) 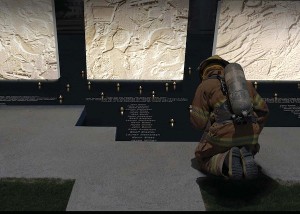 “This memorial will pay tribute to our brothers and sisters who lost their lives while on the job,” a joint statement read. “This will give their families a place to gather and remember them while at the same time giving Manitobans a place to pay their respects and say thank you.”

The design, cost and construction timelines are in the early stages of development. The three organizations said they are committed to working together with the provincial government to build the monuments as quickly as possible.