Pink Cement Truck in the Mix for CancerCare Foundation 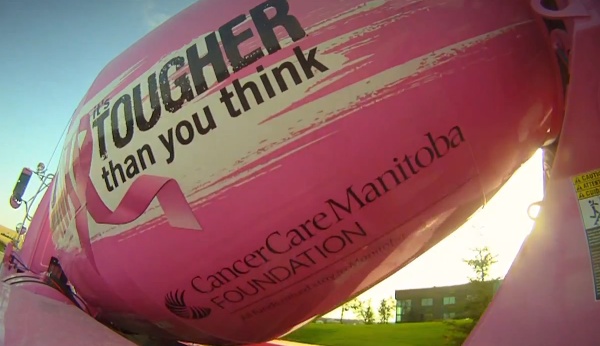 To show its support for cancer research in Manitoba, City Mix has painted one of its cement trucks pink.

The company will unveil their pink concrete mixer today at the Manitoba Hydro Riel Project on 207 Deacon Road. To raise money for the CancerCare Manitoba Foundation, their charity of choice, they will be selling pink hardhats with the new slogan: “Pink. It’s Tougher than You Think.” Proceeds from hardhat sales will be donated to the Foundation and stay in Manitoba. The public will soon be able to purchase hardhats at CityMixInc.com.

“The unfortunate reality is that almost everyone has had their lives touched by cancer in one form or another, whether it is a personal run-in with it, a friend, or a family member,” City Mix said in a release. “Because of this, we felt that CancerCare Manitoba Foundation would be a great foundation to stand behind.”

← Previous: Sons of York in the Running to Perform at Grey Cup Festival Next: Virden Hardware Store Fire Was Arson: RCMP →
Tags: Cancer