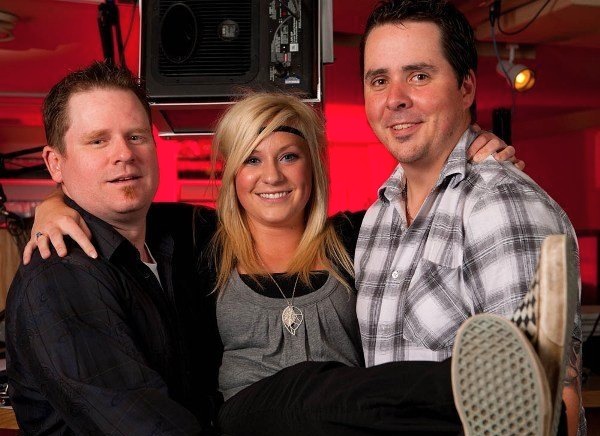 Winnipeg rock station Power 97 is without a morning show.

Their bios and photos have since been removed from the station’s website, but not from Power 97’s Facebook page.

“It’s very unfortunate we couldn’t come to terms with Corus. It was purely a business decision and we wish everyone the best,” Wheeler said by phone.

The 10-year Corus veteran couldn’t say whether he, Aubrey and Rena had already received offers elsewhere, but vowed to try and stick together.

“We’re going to wait for the dust to settle and weigh our options,” when asked where the three will go now.

“Winnipeg is home for me, and Phil and Rena have made homes for themselves here, too.”

Wheeler couldn’t comment on what the main contract issues were between their end and Corus.

“They were certainly welcome to come back to work for us tomorrow,” program director Matt Cundill said Wednesday afternoon. “Well, now they aren’t. They resigned,” he said with a laugh.

Cundill also didn’t disclose what the main sticking points in the negotiations were.

Media insiders speculated that the move may be a fall ratings stunt, as stations compete to hammer out a spot ahead of one another. Cundill said that wasn’t the case.

The three had held the morning show position together since 2009, when Rena Jae joined Wheeler and Aubrey shortly after Hal Anderson’s move to sister station CJOB.

In last spring’s ratings, Power 97 earned a 7.7 share, making it the second most listened to FM radio station in Winnipeg.