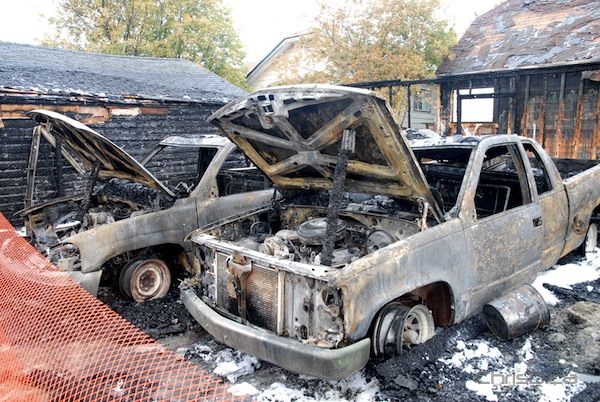 Two vehicles were destroyed in a fire in the 400 block of Garlies Street on Thursday, September 13, 2012. (STAN MILOSEVIC / CHRISD.CA) 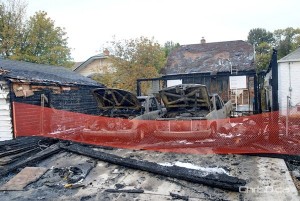 The fire on Garlies Street also damaged a home and nearby properties. (STAN MILOSEVIC / CHRISD.CA)

A fire in the 400 block of Garlies Street overnight caused an estimated $200,000 in damage.

The North End blaze began at about 4 a.m. and began in the garage, according to fire officials.

The fire spread to a house and ended up destroying two vehicles. Two neighbouring garages and a fence were also damaged.