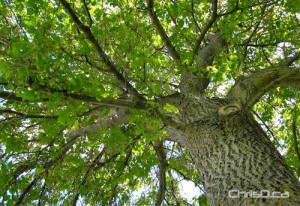 An abandoned field in Riding Mountain National Park is about to be turned into a forest.

Park staff, along with community volunteers, plan to have the field planted with native trees and shrubs by the end of September.

Friends of RMNP, a non-profit organization that works for the preservation and promotion of RMNP, is among the first wave of recipients of Canon’s Take Root Program. Thirty community groups and volunteers from Canon will be celebrating National Tree Day with native tree plantings and naturalization events being held across Canada.

The parcel of land on the west side of Clear Lake will be restored and consists of 70 hectares of land that was previously used for agriculture. The land has not been cultivated for several years. Native species have not returned on their own, and invasive species are settling into the area.

Through the project, organizers hope the land serves as a wildlife corridor to restore the habitat for animals like white-tailed deer and foxes that travel through the region.