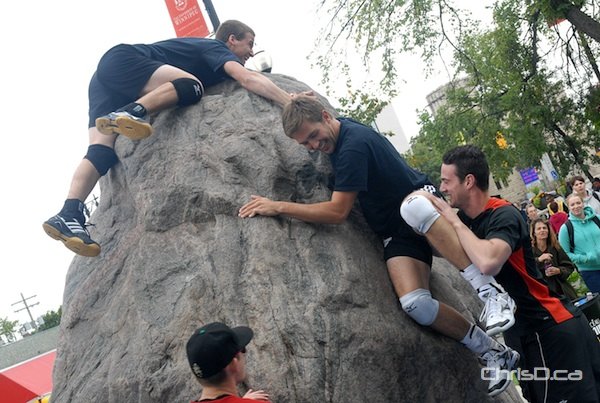 The University of Winnipeg is seeing a boost in its enrolment from this time last year.

Accounting for an 11.85% spike, the U of W says the strongest growth is in graduate programs, while undergraduate enrolment is also up just under 1%. First year students self-identifying as aboriginal is also strong at 12.03%, making the U of W one of the top universities in Canada for Indigenous participation.

“In the past several years we’ve worked hard to create relevant programs in emerging fields and we have grown our Graduate Studies Faculty significantly, and students both here and abroad are responding,” said Dr. Lloyd Axworthy, president and vice-chancellor. “We now offer the only Master’s degree in Development Practice with a focus on Indigenous development in the world, as well as fourteen other germane Master’s degrees in fields ranging from curatorial arts, to bioscience and public policy.”

← Previous: Goldeyes One Win Away from Championship Next: U of M Students Shining Shoes for Shinerama →
Tags: Education | University of Manitoba | University of Winnipeg