‘Wheeler in the Morning’ Moves to 92 CITI FM 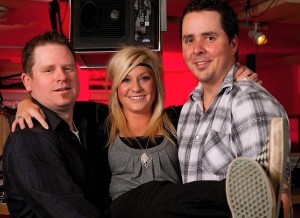 One day after resigning from Power 97, Winnipeg radio personalities Dave Wheeler, Phil Aubrey and Rena Jae have a new home at 92 CITI FM.

Rogers Media made the announcement Thursday, welcome the trio to the competing rock station as the new morning show.

“Wheeler in the Morning with Philly and Rena” will replace the existing Tom and Joe morning show with Tom McGouran and Joe Aiello.

“As Winnipeg’s highest rated rock morning show, securing the on-air team of team of Dave Wheeler, Phil Aubrey and Rena Jae will take one of Canada’s pioneer rock radio stations to the next level in this competitive market,” said Scott Armstrong, general manager and program director.

“We thank Tom and Jay (Oliver) for their dedication and significant contributions to CITI and Clear FM, and wish them all the best,” said Armstrong.

Details on when the new shows will debut are expected in the coming weeks.