Home » Sports » U of M Athletes Recognized on ‘Walkway of Honour’

U of M Athletes Recognized on ‘Walkway of Honour’ 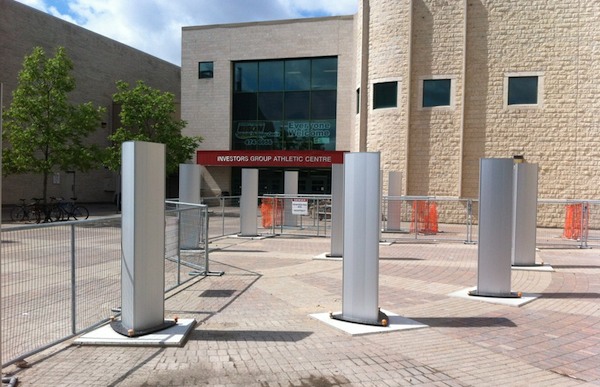 The Bison Athlete Walkway of Honour under construction earlier this summer. (BISON SPORTS)

Former University of Manitoba athletes will be forever honoured when a new series of monuments open on campus Saturday morning.

The Bison Athlete Walkway of Honour will be located in front of the Investors Group Athletic Centre and commemorate the exceptional athletic achievements and contributions to the community of former Bison Sports student athletes by listing their names on one of 19 three-sided towers.

Approximately 4,000 Bison alumni will be acknowledged on the towers from the university’s 19 sports teams.

An official opening ceremony will take place Saturday at 11:30 a.m. in front of IGAC, 75 Sidney Smith Street. Every Bison alumni in attendance will receive a ticket for the Bison football Homecoming Game against the Calgary Dinos at 1 p.m.