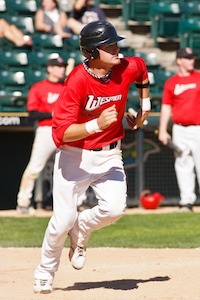 The second annual University of Winnipeg Wesmen Baseball Marathon Game has been set.

On Saturday, September 22, Shaw Park will host the event as a fundraiser for the Wesmen Baseball program.

Players will be gathering pledges in the community in support of playing the game, which will last 100 innings.

Funds raised will support spring travel to the United States for competition including a trip to the Metrodome in Minneapolis, Minnesota in the spring of 2013.

Last year’s inaugural event raised over $13,000. Admission to the all ages event is free. Fans will have a chance to meet the players and take part in several planned baseball activities such as radar gun, batting cages, and other contests.