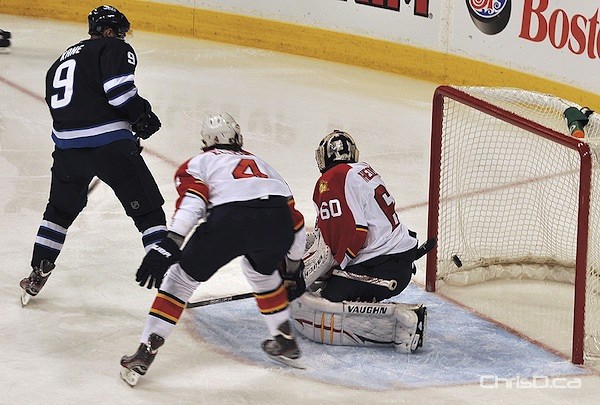 Less than an hour before the NHL is expected to lockout its players, the Winnipeg Jets re-signed forward Evander Kane to a six-year deal on Saturday night.

The long-term contract is reportedly worth $31.5 million, according to Gary Lawless of the Winnipeg Free Press.

The 21-year-old played in 74 games with the Jets last season where he accumulated 57 points (30G, 27A) and 53 penalty minutes. He ranked ninth in the league with 287 shots and first on the Jets roster in goals.

“I’m grateful that Winnipeg took that leap of faith and I was able to make that kind of commitment,” Kane said during a conference call.

Kane said the deal was bittersweet and he was “on cloud nine” looking forward to playing for the “great fans of Winnipeg” when the lockout ends.

Jets’ general manager Kevin Cheveldayoff said it was business as usual to get players signed until the 10:59 p.m. CT labour dispute deadline.