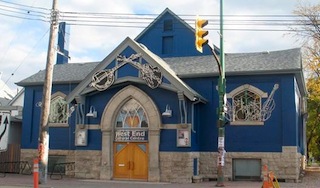 The West End Cultural Centre has added to a second night of concerts celebrating its 25th anniversary next month.

The Propagandhi concert on October 19 has since sold out, however, collaborative pairings have been made for the following night, October 20.

Performers on the second night of celebrations include:

Tickets are on sale now for $25 in advance through the WECC, Ticketmaster, Music Trader, and Winnipeg Folk Festival Music Store.