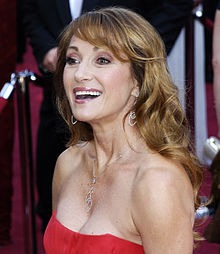 Actress Jane Seymour will be in Winnipeg on Saturday to begin production on an upcoming movie.

“American Girl — Alberta” will start principal photography at various locations throughout the city.

The franchise film is based around an 18-inch doll that ends up coming to life. The first instalment of the film was shot in Winnipeg last year.

Seymour, 61, has been cast as a lead in the production. Other cast members for the movie weren’t immediately available.

Debra Martin Chase, a two-time Emmy nominated motion picture and television producer, is named as the executive producer of the film, which will be directed by Vince Marcello.

← Previous: Another Milestone Met for Human Rights Museum Next: Local Push to Get Paul Henderson in Hockey Hall of Fame →
Tags: Movies