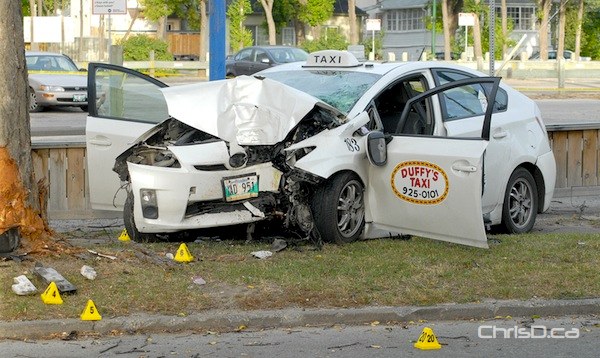 A 43-year-old man who was a passenger in a taxicab has died following a serious crash early Thursday morning.

Just before 4 a.m., the Toyota Prius being operated by Duffy’s Taxi was travelling southbound on Beverley Street near Portage Avenue when it collided with a tree. The 31-year-old male driver and his passenger were both taken to hospital in critical condition, where the passenger later succumbed to his injuries. The driver remains in hospital.

Winnipeg police closed the area around westbound Portage between Broadway and Simcoe Street while they investigated. The surveillance video from inside the cab will also be reviewed as part of the investigation.