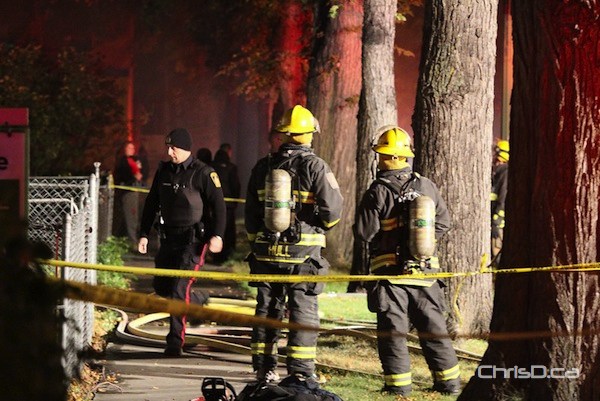 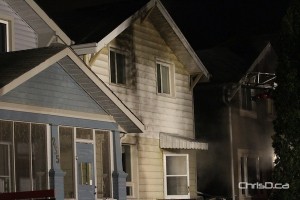 Damage is estimated at $195,000 in a fire on Lansdowne Avenue early Sunday. (HOWARD WONG PHOTO)

Five people made it out safely after a fire broke out at 233 Lansdowne Avenue early Sunday morning.

A passer-by notified police of the fire at about 2:35 a.m., who happened to be in the area on an unrelated matter. Officers banged on the front door of the residence to wake the sleeping occupants.

Damage to the home is estimated at $195,000. A neighbouring structure sustained minimal damage.

The arson unit is investigating.