Rally Planned to Cheer on Colleen Furlan in ‘Over the Rainbow’ 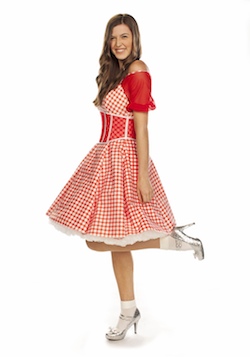 A pep rally to cheer on a Winnipeg actress vying for a top spot in Andrew Lloyd Webber’s “Wizard of Oz” play is planned for today.

Colleen Furlan has been making her way through weeks of competition on the CBC TV reality series “Over the Rainbow.” The 19-year-old student is among eight remaining contestants who are competing to play Dorothy in the Canadian production.

Furlan’s friends, family and her University of Manitoba peers plan to rally behind her as camera crews roll in anticipation of Sunday night’s episode. Supporters will gather at the U of M’s Great Hall at University College at 2:30 p.m.

Viewers can vote online for Colleen at CBC.ca/overtherainbow.