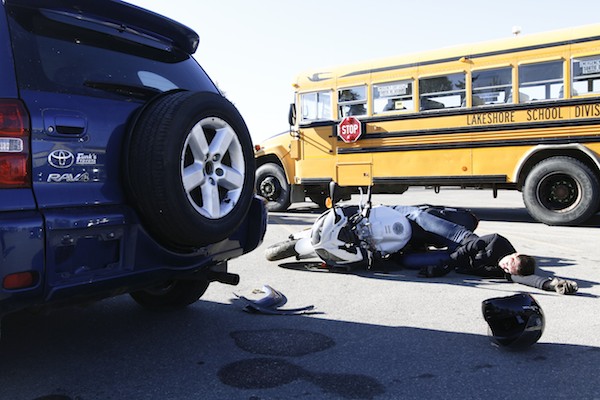 Manitoba RCMP staged a mock crash just west of Winnipeg on Wednesday to illustrate the consequences of impaired driving.

Complete with fake blood, an ambulance, sirens and the jaws of life, police showed what can happen when an impaired driver gets behind the wheel. The demonstration at Chapel Lawn Funeral Memorial Gardens on Portage Avenue was played out in front of 150 students from several area schools.

According to RCMP, there have been 66 fatal crashes resulting in 73 deaths in the province in 2012 so far. Of those crashes, 44% have been fatal and attributed to alcohol and/or drugs as contributing factors.

← Previous: Goldeyes Lead League with Fan Attendance at Shaw Park Next: One Dead in Shooting at Salisbury House on Pembina →
Tags: Accident | RCMP