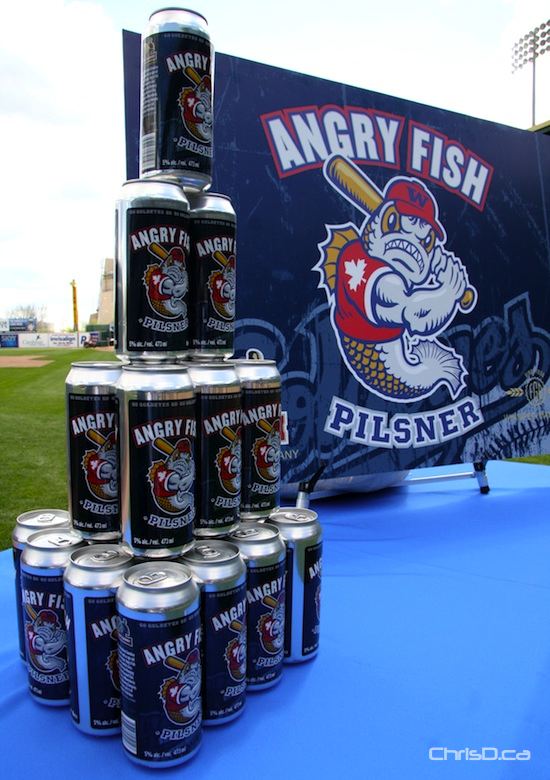 Cans of Angry Fish Pilsner on display at Shaw Park during a news conference on Friday, May 11, 2012. (DARRIN BAUMING / CHRISD.CA FILE)

The brewery has come out with limited edition championship cans of Angry Fish Pilsner. The cans will feature a red label with 2012 Champions above the AA logo.

“We are a proud supporter of the Goldeyes and this is a unique way for us to salute the team’s championship season,” said Orest Horechko of Fort Garry Brewing.

In May, the Goldeyes and Fort Garry Brewing released the branded beer, which began an instant favourite among fans visiting Shaw Park this summer.