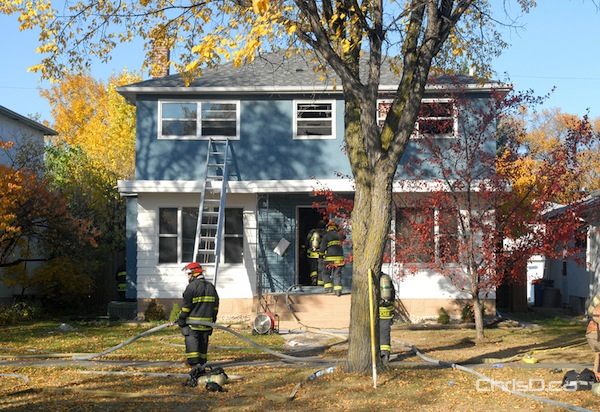 Firefighters use a ladder to rescue one person from a house fire on Niagara Street, Monday, October 1, 2012. (STAN MILOSEVIC / CHRISD.CA) 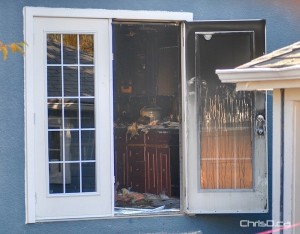 The kitchen of a home on Niagara Street is believed to be where the fire began on Monday. (STAN MILOSEVIC / CHRISD.CA)

A woman was rescued from the second floor of a house fire in River Heights Monday morning.

The fire broke out at about 9:15 a.m. at 797 Niagara Street, located between Mathers Avenue and Grant Avenue

Paramedics could be seen tending to the woman on the front lawn of the home before transferring her to hospital.

The fire was quickly brought under control. The cause isn’t yet known, but firefighters believe it started in the kitchen.