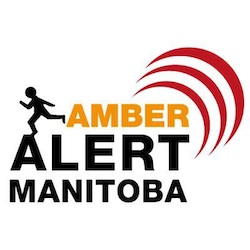 Manitoba law enforcement agencies will begin using Facebook as a way of communicating information on missing or abducted children.

With Amber Alert Manitoba, authorities are hoping to get the news of an Amber Alert out faster and farther than ever before. The agencies want as many people as possible to subscribe or ‘like’ the Facebook page so they will receive a notification as soon as it is sent out.

“When a child goes missing, we need to use every tool at our disposal, and social media can immediately reach thousands of Manitobans who can assist in the search,” said Manitoba Justice Minister Andrew Swan. “The faster we get the word out that a child is missing, the better the chance that child can be found, and we are enthusiastic about the partnerships that have gotten us to this point.”

The first Amber Alert was issued in the province in July 2010 at the request of police in Saskatchewan. The alert resulted in the safe recovery of an abducted child and the arrest of a suspect.

An Amber Alert may be initiated in Manitoba if:

← Previous: Wab Kinew Named U of W's Director of Indigenous Inclusion Next: Juno Awards Confirmed for Winnipeg in 2014 →
Tags: Facebook